Animated Short-Film: In A Heartbeat 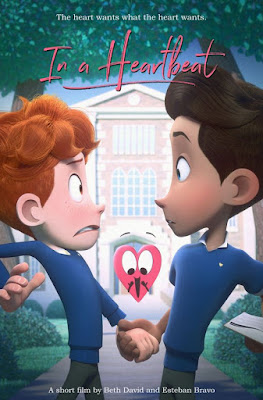 I have to be honest when I say that I am normally only review youth literature but this short film was something I felt was too good to pass up. What started as just another school assignment, this short film has taken social media by storm.

Showing the struggles of a closeted teen and him being outed by his own heart, this film shows what ever person, regardless of sexual orientation goes through when they develop a crush. However, the fact that they made it about two gay guys is even better. Don't know what I am talking about, watch below:

I am so happy to have discovered this animated film. Animation has the power to create such a powerful influence over its viewers and the fact that such a positive video regarding the queer subject and the reaction it has been building since its release is just too great to even handle.

I think this is an important film for teens and those who may work with teens to watch and enjoy. As for someone who hopes to one day work with teens in a library/media space, this is something that can be used as a way to help a teen discover not just themselves but the people around them who have experience that are different from their own.

If you have not seen this short film, I do not know what you are doing but go watch it. Bring some tissues, though, you will need them! 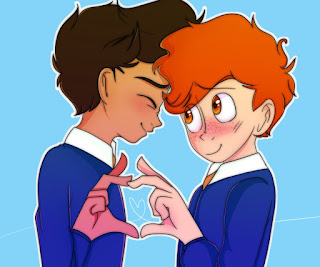