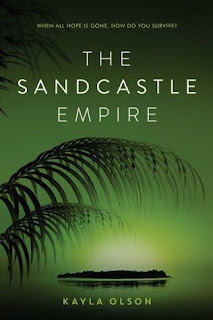 Before the war, Eden’s life was easy—air conditioning, ice cream, long days at the beach. Then the revolution happened, and everything changed. Now a powerful group called the Wolfpack controls the earth and its resources. Eden has lost everything to them. They killed her family and her friends, destroyed her home, and imprisoned her. But Eden refuses to die by their hands. She knows the coordinates to the only neutral ground left in the world, a place called Sanctuary Island, and she is desperate to escape to its shores. Eden finally reaches the island and meets others resistant to the Wolves—but the solace is short-lived when one of Eden’s new friends goes missing. Braving the jungle in search of their lost ally, they quickly discover Sanctuary is filled with lethal traps and an enemy they never expected. This island might be deadlier than the world Eden left behind, but surviving it is the only thing that stands between her and freedom.

I do not know how long it has been since I have read a dystopian novel. I could easily go through my Goodreads account, but I am going to say months to make it easy for both of us. Holy snapchat, did I miss this. The exhilaration, the nail biting scenes and of course the longing for a good ending are the things that readers pray for and this book delivered.

From the first page we are immersed in a world that has been taken over  by a group known as the Wolfpack. Friends, families, and communities have been utterly changed by this group and the only chance of surviving is to escape. But where will you go? How will you make it? Is there even a resistance? For Eden she is about to find out.

Eden has lost everything, so when a chance to finally escape she grabs at it. I think this is what I liked most about her. She is this strong, fearless young teenage girl that is not afraid to fight for not only herself but those she cares about. Yes, there are times she does get scared but instinct cuts in and she becomes a leader. It does help that she has other girls to look to for guidance and support.

The storyline was great. There was scene with these beetles that reminded me of a scene from "The Mummy," and I had a little flashback to the first time I watched that movie and the dreams that followed, but I was intrigued to keep reading. I am interested to see if there is a sequel, no info yet that I know of, and continue this adventure of the resistance to the end.

Kayla Olson has written a novel to remind of the love for the dystopian genre. This novel is set to take the world by storm. Are you ready to join the pack or will you be brave and resist?