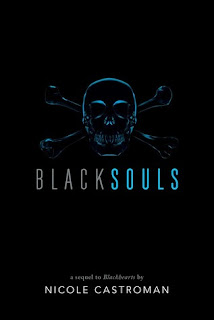 
Edward “Teach” Drummond is setting sail to the Caribbean as first mate on the most celebrated merchant ship in the British fleet—until he rebels against his captain. Mutiny is a capital offense and Teach knows it could cost him his life, but he believes it worth the risk in order to save his crew from the attacking Spanish ships. Sailing on the same blue waters, Anne barely avoids the Spanish attack, making it safely to Nassau. But lawless criminals, corrupt politics, and dangerous intentions fill the crowded streets of this Caribbean port. Soon, Anne discovers that the man entrusted to keep the peace is quite possibly the most treacherous of them all—and he just happens to hold Teach’s fate in his terrifying hands. Life and death hang in the balance when Teach and Anne are given a dangerous mission. It’s a mission that will test their love, loyalty and devotion, forcing them down a path neither one could have ever imagined.

I first have to graciously thank the AMAZING people at Simon and Schuster for giving me an ARC of this book. It was a series I kept pushing off and my friends kept telling me to read it and when I finally did, I was a changed reader.

I do have to admit that I was scared going into this book because of the whole second book syndrome. However, that was not the case but I did feel like I reading a different book. And I was intrigued with every page turn and new chapter. Readers, Nicole Castroman has not fallen victim to this curse of the second book.

Moving on though. The thing I loved most about this book was how much darker, grittier, and "thank the pirate gods for this" more of a pirate book. I felt the inner Jack Sparrow letting loose inside of me as I was reading and all I could think about was...

The plot moved and I was enraptured by the thought that was take to craft this pirate masterpiece. The characters were real. I could feel myself standing right next to them as the pistols found their targets, as the look of true love was told through words, and the goosebumps forming from a book that was just radiating with emotion in leaving us, the reader, with only a guess of what could happen next.

Nicole Castroman is truly the captain of this series and the pirate world as she impressively writes a novel that challenges the very idea of pirates. Is there a third book coming? What do you think...All I can say is people better be  prepared for a novel to leave you on the tips of your toes as you wait for that final shot...