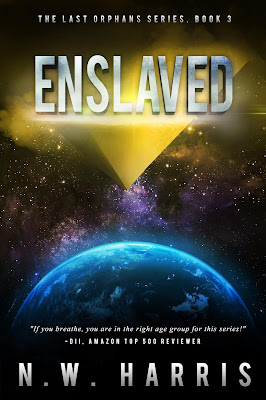 
If he loses her, he’ll lose his will to fight.

Shane and his friends survive the first major attack against the enemy, destroying the alien ships that came to harvest the children of Earth and turn them all into slaves. However, one ship escaped, and the aliens have captured Kelly. Shane will do whatever it takes to save her, but turning his back on his friends could jeopardize the whole mission.

The enemy invades Kelly’s mind, turning her into a slave soldier. She’ll follow their orders, even if it means murdering her friends, including her little sister and Shane. She is helpless, trapped inside her body while it performs heinous tasks under the direction of her new masters, while her sanity and desire to live fade.

Shane returns home to make a rescue attempt, only to find Kelly commanding an army of human slave soldiers, and she’s determined to make him join her ranks. Will Shane save Kelly before she gets to her sister, or will she help the enemy enslave the rest of humanity?


Athos glanced at the other officers, those seated at the curved control panel and stationed around the perimeter of the room. He noted the ones who appeared repulsed by their commander’s display. It was the steely eyed sailors, who’d likely come from lower rungs in society and endured the Orbital Academy, who would side with Athos if the admiral’s elimination were required. He personally knew the three at the helm—hardened sailors who’d delivered his warriors to battle in past campaigns.
Some of the other, weaker officers, whose cushy positions were bought by the overflow of a corrupt politician’s coffers, would do whatever it took to save their skins. He guessed only a few would actually defend the ship’s commander if the general tried to take over, especially with the wealth to be gained by supporting the general’s plan.
Sadly, there were a few of the types who’d blindly follow their chain of command, who only saw rank and obeyed the laws of military conduct to a fault. As much as he respected them, they’d have to be detained.
Returning his attention to the spoiled aristocrat, he indulged a fantasy of snapping his puny neck. He’d rise from his seat, take two steps toward the pathetic fool, and disarm him with a smile. A strike to his abdomen would make him lean forward. Then he’d reach over his shoulder and around the back of his head. With his hand cupping the coward’s chin, a little jerk would end his driveling. Athos and his soldiers could easily take control of the recruit ship. Then he could find out what went wrong with the harvest and implement his plan.
The admiral had been commissioned for only a decade, and he already had a command. It was a clear abuse of power. However, the general, unlike his long-dead brother, understood this sort of corruption was natural, even healthy, for the growth of the empire. There was no peaceful utopia to be had—a strong and free Anu would not exist without power-hungry politicians putting their clones before the rest of the citizens who worked for everything they achieved. Prior deviations from those ancient traditions had almost destroyed his people.
Athos glanced at the Shock Troop emblem on his breastplate. He didn’t scold himself for the aggressive thoughts—they’d kept him alive and were invaluable in battle. Pushing aside the violent fantasy, he reflected on the game at hand. He’d played by the rules for a long time, and he knew he could never go home if he broke them. He wasn’t a rebel like his brother—he was a soldier and, as much as he hated to admit it, a politician as his rank demanded. The situation could be manipulated without compromising his honor, though it would be far less satisfying.
The fleet had been decimated, a tragedy that needed acknowledgement. Many good soldiers perished, including the prime general and the fleet admiral. The prime general had been like a father to him. He’d served under him in battle when he was a field commander and Athos was a captain.

Make sure to stop by Good Choice Reading Blog for page one!

You can get the first book in the series today FREE! 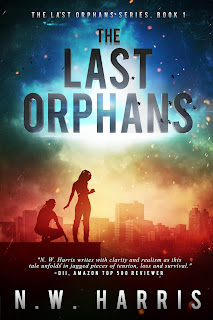 Download book one for free today, and enter below for a chance to win book two!